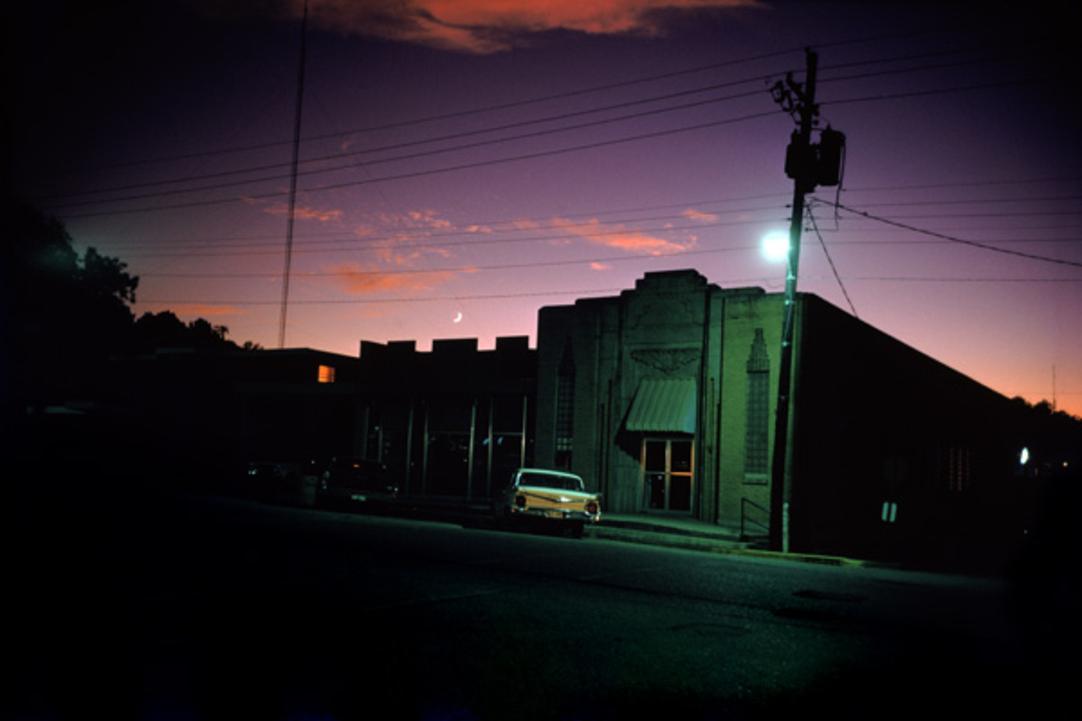 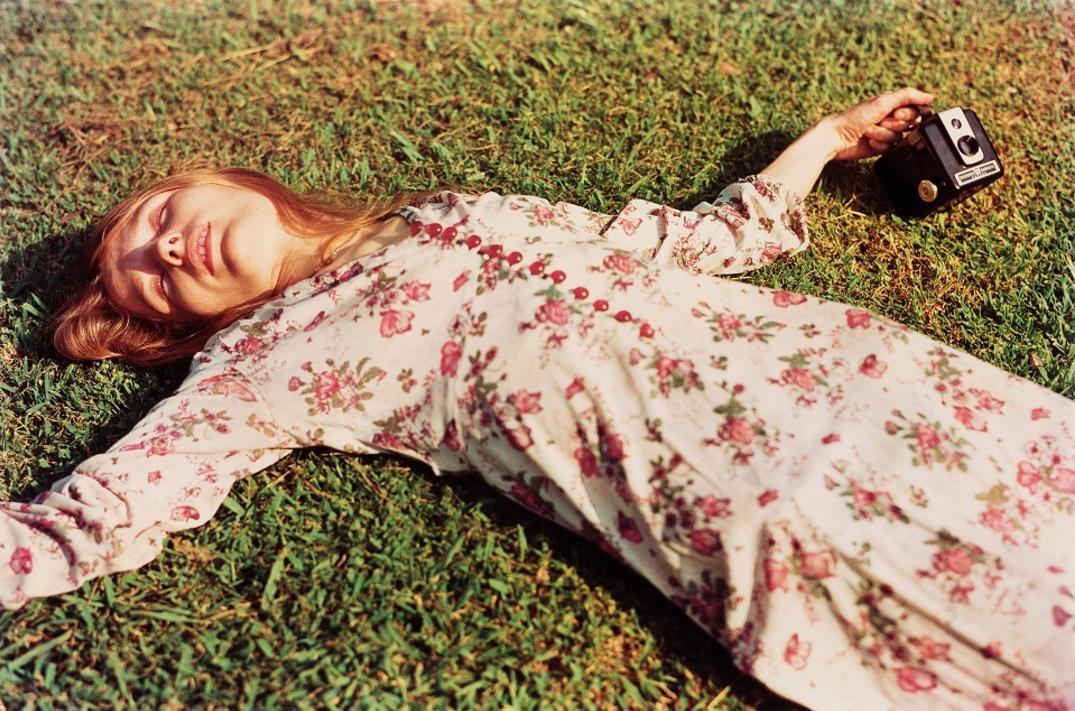 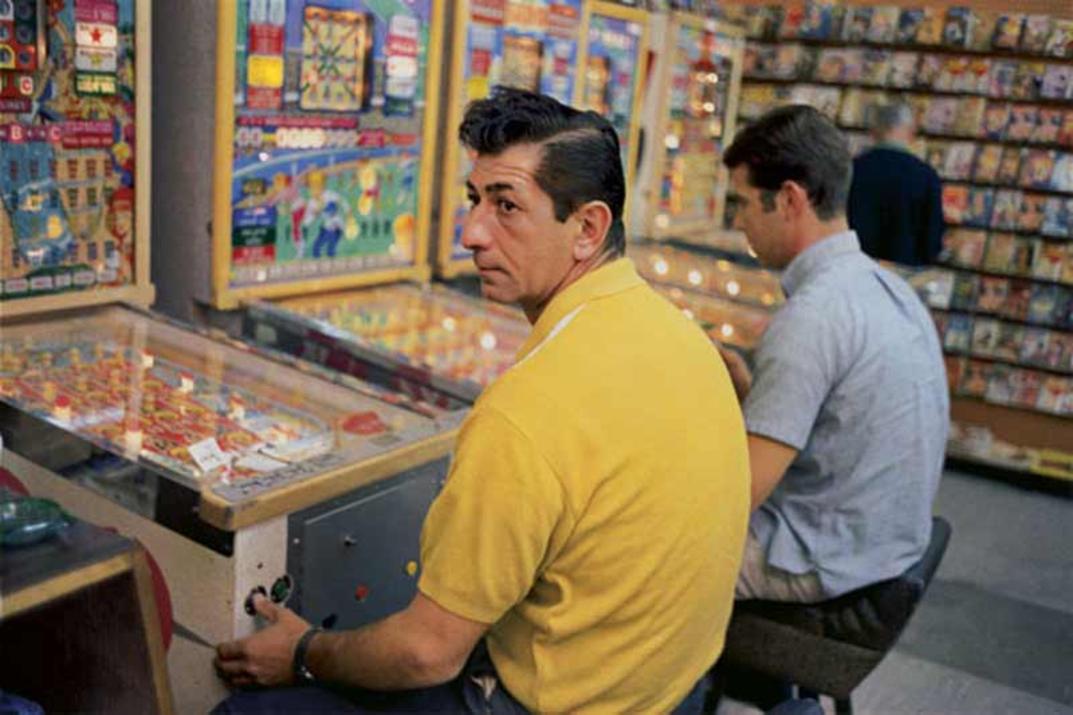 National Portrait Gallery launch a major retrospective on William Eggleston, including a survey of over 100 works which span a vibrant and successful career from the 1960s to the present day. Exhibition curator Phillip Prodger, to discuss the life and works of one of the most influential American photographers still practising today.

A: This exhibition not only acts as a major retrospective of William Eggleston, but also works to provide never-before seen vintage black and white photographs from the 1960s taken in and around the artist’s home in Memphis, Tennessee. What do these images bring to the exhibition – perhaps a better understanding of the artist himself or the processes behind his earlier works?
PP: Even though our show focusses on pictures of people, we wanted it to show as much as possible of Eggleston’s extraordinary inventiveness, which included not just black and white photography but working with large format cameras, spy cameras, and handheld video. The picture that emerges of the artist is of someone who was restlessly creative and constantly exploring different ways of seeing the world. The black and white work is certainly a key part of that. Another thing is the subject matter, because in the early 1960s when Eggleston worked exclusively in black and white, he made more pictures of people than anything else. Later on in the late 1970s and 1980s he continued to photograph people but became increasingly interested in photographing landscapes, architectural vignettes and found objects too.

A: He has undoubtedly influenced a number of iconic photographers including Martin Parr and David Lynch. What is it about his particular works that are so accessible, and cinematically intriguing?
PP: Eggleston’s photographs have that elusive quality that distinguishes the best works of art—they reward repeated viewing. You sip them, and roll them around on your tongue a little bit, and different flavours emerge. In some cases, it is the clever composition, or the artful use of colour. But for me personally, an important part is the attitude to composition and narrative. So many of Eggleston’s photographs hint at stories but never tell them. In that way they play with ideas of experience and memory that makes them feel personal and intimate, no matter who is looking at them.

A: Featuring a wide range of personal subjects including people and places that have resonance to the photographer, do you think that the images assert a sense of authorship or do you think that there is something universal to be found in them regardless of location or specificities?
PP: The question of authorship is very interesting because even though Eggleston has an unmistakable style, he is not someone who is easy to pigeonhole. Many of his photographs were made in Memphis, Tennessee and the Mississippi Delta where he grew up, and I suppose on one level they do tell us about the people of those places, at a particular period of time. But that element of them is almost incidental, and if that’s all they were I don’t think they would be of broader interest. I see them as conveying things that are deeply human, that matter no matter where you live or what your cultural experience might be.

A: Could you talk about Eggleston’s dye-transfer technique – how do you think this helped to move forward his career in terms of public recognition and finding a particular style within which he could develop?
PP: Eggleston adopted dye transfer because it was the highest quality colour printing technique he could find, and its palette and behaviour worked well with his photographs. But he’s never been slavish about any particular technique. Our show has a C-Type print, Polaroids, and digital prints in addition to dye transfers. The bigger question for me is colour, and how he uses it regardless of technique. It may seem counterintuitive but I think colour gave him license to explore strange and unexpected compositions, formal arrangements that might not work without colour to anchor them, even unify them. It’s another layer of visual logic that gives the pictures life. Dye transfer is a very beautiful and special process, but it’s not what makes his pictures great.

A: Between 1960 and 1965, Eggleston worked exclusively in black and white. Could you expand upon the differences in the artist’s work in terms of moving to colour? How do you think the series differ in terms of composition and the response they evoke?
PP: If you were to ask Eggleston he would say there is no clear difference and in a way I’d be inclined to agree. I think the difference is more in terms of being a young artist, getting to know the camera, and finding his style. The earliest pictures are fantastic but they are more indebted to other artists, like the painter Edward Hopper for example, or the photographers Robert Frank and Henri Cartier-Bresson, than the later works would be. He matured incredibly quickly. By the time he starts making colour pictures seriously in 1965 he has already arrived at a characteristic style that was unique unto itself. And that’s true of the black and white pictures he continued to make, as well as the colour work.

A: How do you think that Eggleston is able to transform the everyday into something extraordinary?
PP: I’m not trying to split hairs because that is a wonderful thought and on some level it’s true. But I don’t think Eggleston would agree that he is transforming anything, it’s all there, all the time, everything else is a matter of perception. What is true is that he has never sought out extraordinary people to make extraordinary portraits. And the converse is also true—when he’s had occasion to photograph celebrities, he’s approached them just like anybody else.

A: How do you think audiences respond to seemingly anonymous portraits and are able to attach emotion to them?
PP: In our show we are able to reveal the identities of the sitters for the first time, so I have thought a lot about this question. Are we somehow spoiling things by stripping away the anonymity of some of the sitters? And I think the answer is no. It really doesn’t matter if you know who they are, or if you don’t. It’s interesting, but the picture stands on its own. None of us, no one, can live another person’s life. So the idea that a photograph can convey what it felt like to be in that person’s presence is a convenient fiction that we repeat so much we don’t think about it anymore. For me what’s so interesting about Eggleston is he challenges all those fictions and asks us to look at everything differently. Pictures, photographs, memory, record, self, otherness. It’s all up for grabs