​Review of The Koppel Project'sThe Koppel Project, led by Gabriella Sonabend and Hannah Thorne is a creative hub bringing together a contemporary art gallery, project space, cafe and Phaidon pop-up bookshop. Located at 93 Baker Street, London, in a recently decommissioned Barclays Bank vault, the inaugural group exhibition currently on display – Pandiculate! The Joy of Stretching – sees the viewer delve deep into stage-set of unseen characters and absurd trophies amalgamated by tropes equally triggered by the viewer’s curiosity and physical demands of the architecture as commercial function of the bank is reallocated and adapts to becoming an exhibition space.​​ READ  MORE 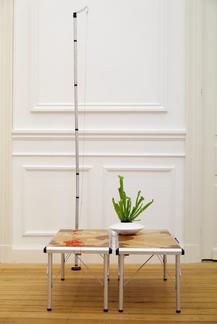 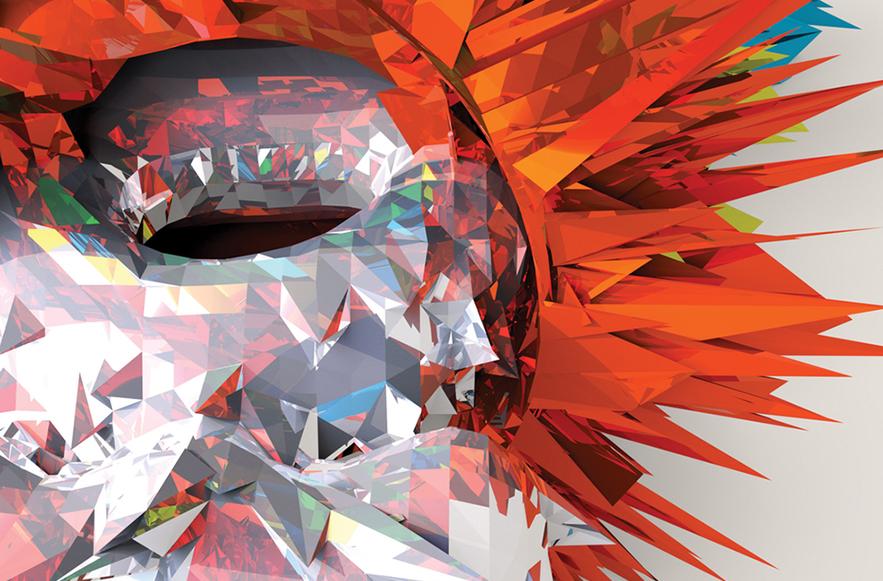 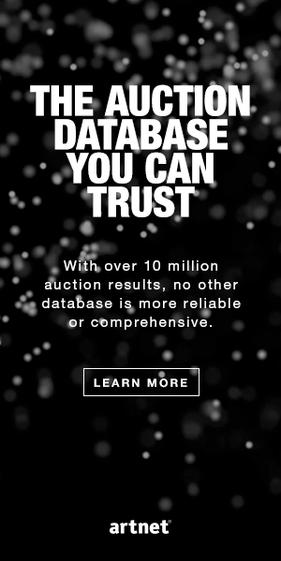 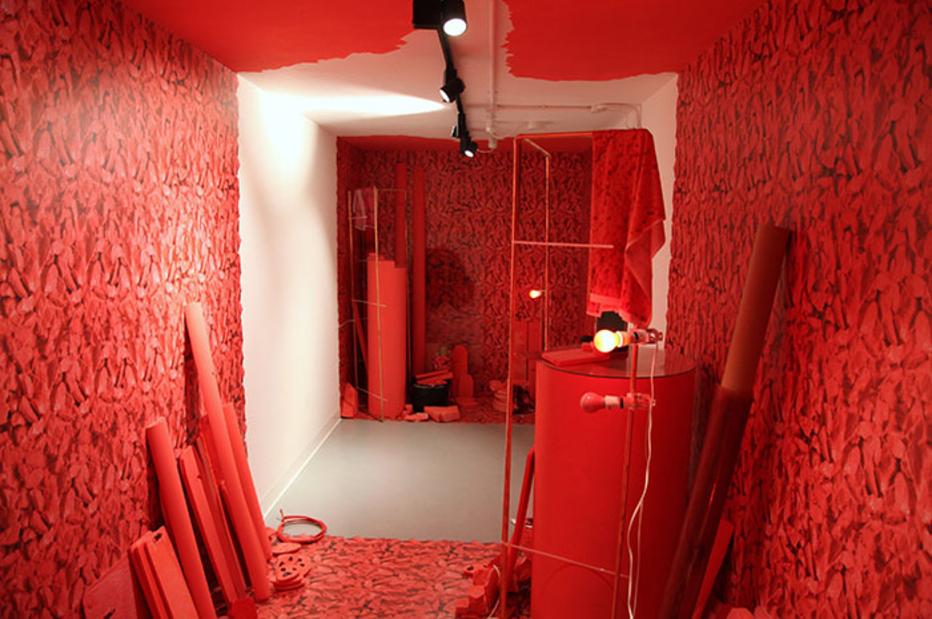 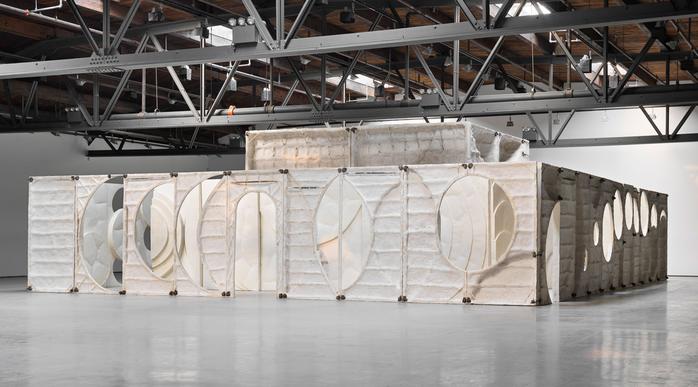 ABOVE BELOW BETWIXT BETWEEN, EVERY WHICH WAY, SILENCE (FOR JOHN CAGE)

Jérôme Bryon was born in Paris in 1974, he lives in Montpellier, France. After graduating in architecture and design, he quickly becomes a photographer. Represented by the Galerie Vieille du Temple since 2011, he had his firts solo exhibition in 2012, and the gallery will represent him at the ART PARIS / ART FAIR at the Grand Palais in Paris this spring 2016. Haunted by images inherited from Russian constructivism to radical architecture, his photographs are very graphicly composed.MORE.​

​​The term Outpost can mean a remote military station, a commerce site, or a settlement. It always implies forward motion in terms of territory (space), but backward motion in terms of that space lacking civilization in the form of agriculture, plumbing, a legal system, etc. However primitive, like a campsite, or sophisticated, like a motorcycle, an outpost is always pulled in two spatial directions at once. This tension creates the drama that gives the outpost its romantic appeal. READ MORE

A Way to Face Desire in Reality:
BYOUNG HO KIM

Art in the Computer Age

Daniel Arsham opens his first solo exhibition in new york at Galerie Perrotin, featuring a milieu of sculptural pieces along with an immersive, large scale installation. The engaging sequence of artwork presented as part of the exhibit ‘CIRCA 2345′ reflects themes that relate to the fragility of human civilization and the ephemeral nature of time – common threads throughout Arsham’s overall oeuvre.​​ 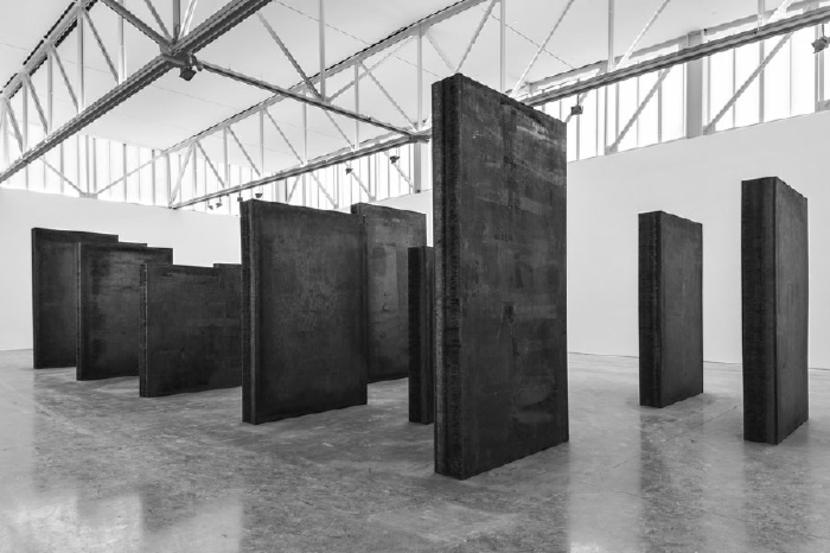 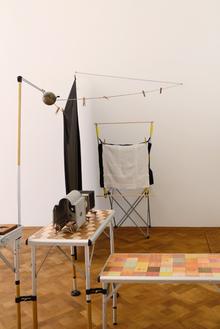 The Art of Marc Simonfrei

​The NEW frontier of 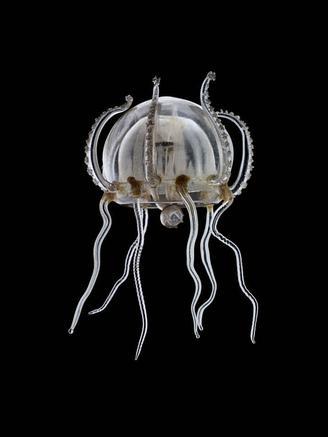 ​Reconstructive Memory is an English term borrowed from cognitive psychology meaning that memory is not a faithful reproduction of past events but rather a mental faculty based on recollection reconstruction processes. Depending on our emotions, our level of tiredness, our beliefs, we may reconstruct episodes from our lives in a way that leads to distortions, alterations and false memories. Since the invention of computers, the data-storage race has been generating technological debates.

The machines are obliged to keep offering more memory to enable us to preserve our own. Like a search engine, our brain uses this external memory more and more, and invents strategies to free itself from the overload of amassed information...  READ MORE

The Joy Of Stretching

Gagosian is pleased to present four new large-scale steel sculptures and an Installation Drawing by Richard Serra. Richard Serra's (b. 1938) first solo exhibitions were held at the Galleria La Salita, Rome, 1966, and, in the United States, at the Leo Castelli Warehouse, New York, in 1969. His first solo museum exhibition was held at the Pasadena Art Museum in 1970. ​ Read More...

Hiraki Sawa’s videos explore psychological landscapes, unexpected worlds and the interweaving of domestic and imaginary spaces.  Populated with animals, inanimate objects and people, his characters search for their ‘place’ in the universe as he explores ideas of memory, displacement and migration. Sawa is perhaps best known for an early animated work titled Dwelling(2002), completed while he was still in graduate school, in which airplanes take off, land, and travel throughout the interior space of an apartment.

Are you ready for some shocking art? Somewhere between science and art, Marc Simon Freitests their boundaries by combining these two worlds into a stunning series of photographs titled Tesla Sparks. The innovative artist creates electrical currents with a Tesla coil and captures their iridescent glow with his camera 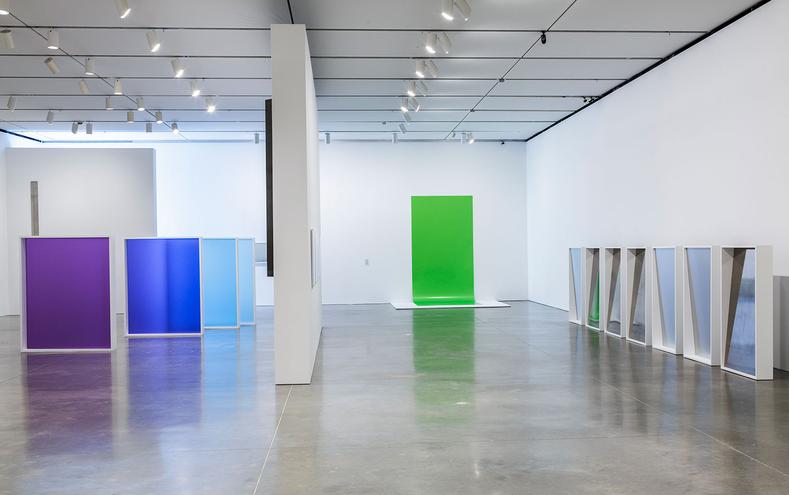 Richard Wilson, born 1953, is one of Britain’s most renowned sculptors. He is internationally celebrated for his interventions in architectural space which draw heavily for their inspiration from the worlds of engineering and construction.... READ MORE 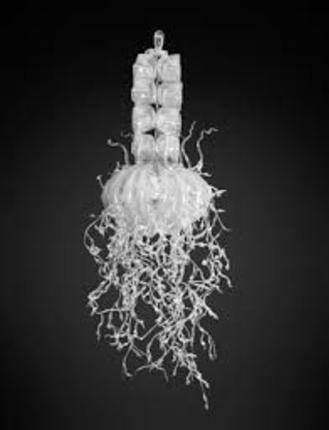 As artists embrace digital code as a raw material, new forms transcend the boundaries of the organic and the artificial, addressing unique issues of intimacy, and interaction in the computer age.

The 21st century has seen an onslaught of technology into the everyday; the digital age is most definitely upon us. With its influence pervading our lives, digitisation has conquered the way we communicate with one another, the way we watch films, the way we listen to music and increasingly the way we read. The V&A’s Decode: Digital Design Sensations explores the role of digitisation in today’s art and design, its influences on the artist and the creative possibilities presented by continued technological innovation.  READ MORE 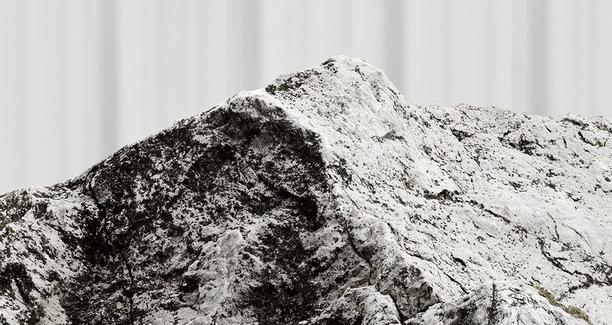 If you're expecting the sculptor Thomas Houseago at his most menacing, you'll be in for a different sort of adventure this winter at Hauser & Wirth. The tribal masks are gone; the lunging, glaring figures have sauntered off. Houseago has flipped his world around to explore the negative space around his plaster beasts. 'Moun Room', Houseago's series of ever-larger spaces assembled at Hauser & Wirth's gallery in Chelsea, New York, is an invitation to explore it along with him, with the viewer playing the figure.

A French psychoanalyst Jacques Lacan says that human desire is a chain of empty spiral rings that lacks perfect signification, and ceaselessly obscures the actual meanings. His comments imply that the objects of human desire appear to exist, but are just  ...MORE

THE DETAILS
THE EDIT
THE SERVICES